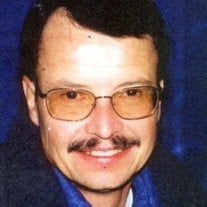 William A. Wrase Jr. Rockford, Illinois William (Bill) A. Wrase Jr. passed away peacefully surrounded by family on January 23, 2013, after a courageous battle with brain cancer. Bill, age 57, the son of Lois Ruth Hintze and William Albert Wrase Sr., was born February 11, 1955 in Muskegon, MI. He attended Muskegon Catholic Central High School and graduated from the College of Engineering at Michigan State University in 1977. As a packaging engineer, Bill worked for John Deere in Moline, IL and Newell Corporation in Rockford, IL. For the past ten years, he worked as a realtor for Prudential Crosby Starck Realtors in Rockford, IL. He married Jill Jehle on March 28, 1981, and together they have twin sons, Joshua William and Charles Kurt, who survive him along with daughter-in-law Tracy. Bill is also survived by his siblings: JoAnne (Roger) Hoekenga, Judith (Eric) Douville, Jill (Bruce) Holwerda, Jeanne (Chuck) Morris, and Brian (Jill) Wrase, along with many wonderful nieces and nephews. He is preceded in death by his mother Lois Hintze Wrase of Muskegon, MI. In lieu of flowers, the family prefers memorial donations be given to the American Cancer Society or the Northern Illinois Hospice and Grief Center, who they would like to thank for their exemplary care and assistance. Celebration of Life Visitation will be held on Monday, January 28 from 4 p.m. to 6 p.m. at Grace Funeral & Cremation Services 1340 S. Alpine Road in Rockford, IL. To share a memory or condolence, visistwww.graceFH.com Celebration of Life Memorial will be held in Muskegon, MI. at a future date.

The family of William A. Wrase Jr. created this Life Tributes page to make it easy to share your memories.

Send flowers to the Wrase family.