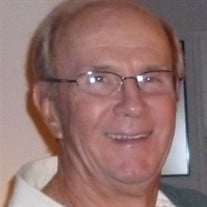 Terry Lee Workman, 71, husband of 52 years to Sally (nee Potter) Workman, father of three; Chris (Jennifer), Brandon (Asja), and Angela Mullins; grandfather of six, Alex, Spencer, Abigail, Shane, Makayla, Annalija. A lifetime Illinoisan, Born on June 6, 1943 in Decatur, son of Gerald and Mary (Butler) Workman. Terry grew up in the small town of Havana, with his brother Ron Workman. He married his high school sweetheart, Sally. They started a family in Canton, where Terry worked as budget director at International Harvester. He transferred to IH’s corporate headquarters in Chicago, moving the family to Naperville. He moved to Rockford, where he worked as Manufacturing Manager for Ipsen and finished his career as Regional Sales Manager at Allstate. Terry was a regular on the basketball court at the Rockford YMCA for over 30 years. In retirement, Terry and Sally were snowbirds who first picked Mesa, AZ to park their motor home, then Fort Myers, FL. They played tennis “eight” days a week. Terry excelled as a top spin specialist. Terry Lee Workman was a champion on earth and will remain such in our hearts, our minds and our souls. We are comforted knowing that our husband, our dad, our grandpa, our brother, our friend is once again dribbling up the court and sinking that sweet three. Memorial Service Saturday, February 7, 2015 at 1:30 p.m. at Heartland Community Church, 1280 South Alpine Rd. Rockford. Memorial Visitation at 12:30 p.m. until the time of service. In lieu of flowers, please send a donation to the America Brain Tumor Association, 8550 W. Bryn Mawr Ave. Suite 550, Chicago, IL 60631, http://www.abta.org/ or Heartland Hospice in Terry’s memory. Cremation rites have been accorded. Grace Funeral & Cremation Services is assisting the family. To share a memory or condolence, visit www.graceFH.com.

The family of Terry Lee Workman created this Life Tributes page to make it easy to share your memories.

Send flowers to the Workman family.