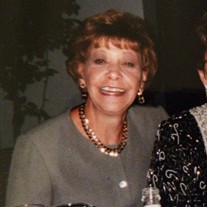 Shirley Pettis, Mother, Grandma and “GG” to her survivors, 79, of Rockford, died on April 13, 2014 at 3:15 a.m. in her home. She was born December 26, 1934 in Freeport, daughter of Ralph and Edith (Munz) Ports. Graduate of Polo High School, class of 1952, attended Northern Illinois University and married Jack D. Pettis on Dec. 18, 1971. Devoted most of her life to her family and friends and was always up-to-date with current events. She had a deep love for her many Schnauzers over the years, and for gardening, bowling, playing cards and traveling. She was also an avid Bears, CUBS, LSU and all-around sports fan. She was a member of Sweet Adelines, as well as chorus in college. Later in life, she became a member of the Lady Elks Organization, Gloria Dei Lutheran Church, Rockford Gardeners – Potpourri Club and served many years as an Election Judge in several area nursing homes. I know many of us will miss our daily telephone conversations with her, but most importantly her smile. Survived by her children, Kim (Bob Hachmeister) Carlson of Leaf River; Gregg (Julie Doucet) Pettis of Baton Rouge, LA; grandchildren, Megan (Brian) Holba, Lindsay (Steve Cunninghan) Carlson, Michele Smith; great-grandchildren, Coldyn and Brentyn Holba. Preceded in death by her parents, and former husband, Jack D. Pettis. A Celebration of Shirley’s life will be on May 9, 2014 at 1 p.m. at Nicholas Conservatory, 1354 N 2nd St, Rockford, followed by an memorial gathering until 4 p.m. Dr. L. Rus Howard of Kishwaukee Community EPC Church will officiate. Private interment in Greenwood Cemetery. Flowers may be sent in Shirley’s name to the Nicholas Conservatory and memorial contributions may be made to Northern Illinois Hospice or the American Cancer Society. Grace Funeral & Cremation Services is assisting the family with arrangements, to share a memory or condolence, visit www.graceFH.com.

The family of Shirley Luann Pettis created this Life Tributes page to make it easy to share your memories.

Send flowers to the Pettis family.