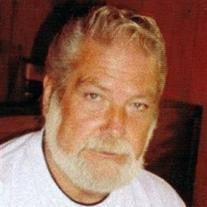 Richard “Bear” L. Barker, 73 or Rockford died on Oct. 29, 2012 in SwedishAmerican Hospital. He was born on February 15, 1939 in Pekin, son of Charles and Fannie (Mulligan) Barker. United in marriage to Mary Weaver on March 15, 1999 in Harrison, Ark. Richard was an active Shriner, transporting over 300 children to the hospital for medical treatments. He was also a Shriner’s Clown. He was enjoyed bowling and was active in several leagues. Survived by his wife, Mary; children, Deanna, Ricky, Crystal, Michelle Kristine, and John; numerous grandchildren and great-grandchildren; siblings, Bill, George and Peggy, all of Pekin; and good friends Boomer, Gary and Tom. A Memorial Service will be on Sun., Nov. 4, at 1:00 p.m. at Tebala Shrine Temple, 7910 Newburg Road, Rockford. In lieu of flowers, memorials may be made to the family. Grace Funeral & Cremation Services assisted the family, to share a memory or condolence please visit www.graceFH.com

The family of Richard "Bear" L. Barker created this Life Tributes page to make it easy to share your memories.

Send flowers to the Barker family.