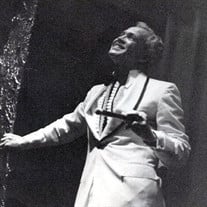 Paul Edwin Bachelor passed away peacefully on Thursday, June 4, 2015 at his home in Belvidere, IL surrounded by his wife and family. He was born in downstate Robinson, Illinois on May 27, 1929 and raised in Chicago. He married his loving wife of nearly 60 years, Lois Koplin, in Cicero on June 25, 1955. In addition to his wife, he is survived by his daughter, Kirsten Bachelor (Dave Elliott) of Villa Park, sons Brad (Kim) of Lake Zurich and Phil (Carol) of Carol Stream, brothers Dave and Bruce, sister Marilyn, grandchildren Vincent, Steven, Lauren, Brooke, Colin and Amy, and 4 great-grandchildren. His parents, Charles Glen and Esther “Betty” (York) Bachelor, and a brother, Charles Bradley Bachelor predeceased him. In keeping with Paul’s spirit of generosity and love of learning and science, he donated his physical body to science. A small private celebration of his life will be held in the coming days. He had a genuine interest in people, always introducing himself and asking others’ names to start the conversation. Paul appropriately earned a “Bachelor’s” degree in microbiology from the University of Illinois, and also attended the University of Chicago’s Graduate School of Business. He became a detergent chemist, formulating soaps, shampoos, and laundry detergents for Dearborn Chemical, Swift and Company, and finally Jewel Food Stores, from which he retired in 1988. After retirement, he returned to school, and earned an Associate’s degree in horticulture from the College of DuPage. Paul had many passions over the years. He loved music, both as a singer and as a listener. Into his 80’s, he performed at local talent shows, as well as retirement homes. He also loved theater, and was an actor, singer, and driving force of the Lombard Park Players in the 1970’s. He ran track when he attended the University of Illinois’ Navy Pier campus, and continued to run 5Ks into his 60s. Even in recent weeks when he was not able to walk, he insisted on having his running shoes, and left the house wearing them, prepared for his next adventure. Should friends desire, memorial contributions may be made to compassionandchoices.org, or to: The Boone County Council on Aging; The Keen Age Center; 2141 Henry Luckow Lane Belvidere, IL 61008,

Paul Edwin Bachelor passed away peacefully on Thursday, June 4, 2015 at his home in Belvidere, IL surrounded by his wife and family. He was born in downstate Robinson, Illinois on May 27, 1929 and raised in Chicago. He married his loving wife... View Obituary & Service Information

The family of Paul Edwin Bachelor created this Life Tributes page to make it easy to share your memories.

Send flowers to the Bachelor family.