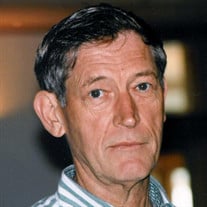 Orland D. Aspenson, 84, of Freeport, formerly of Apache Junction, AZ and Belvidere; went to be with his Lord and Savior on November 2, 2018. Born on March 5, 1934 in Seneca, WI; son of Selbert and Sarah Olive (Sheffield) Aspenson. United in marriage on August 29, 1953 to Rosemary Hankins. Orland was a machinist at W.F. and John Barnes and Woodward Governor. He was a member of Belvidere Methodist Church, Gold Canyon Methodist in Gold Canyon, AZ and attended Heartland Community Church. Orland lived his life in a humble, God fearing and gracious manner. He enjoyed his early morning crossword puzzles, studying his Bible, listening to old hymns, country and gospel music. He was an avid sports fan, coach and a multi-sport high school athlete. He loved rooting for the Green Bay Packers and Chicago Cubs but even more-so cheering on his sons, multiple grand children, and great grandchildren as they participated in athletics and activities. He was a devoted and loving husband of 65 years to Rosemary, and together they became the foundation for their family and the generations to follow. Orland’s sense of humor was dry, sarcastic, infectious, and unmistakeable. He left a lasting impression on those around him with as little as a look. Those who knew him best no doubt have stories and memories that will bring laughter and joy for a lifetime. He loved family more than anything, and a good joke was a close second. Orland may not have been a man of many words, but when he spoke, everyone listened. His stabilizing presence, stoic personality, and undying love for family will be missed immensely. His memory will burn bright in the lives of all those he leaves behind. Survived by his wife, Rosemary; children, David and Ken (Sheri) Aspenson; grandchildren, Alasia Brei-Aspenson, Eric (Nicole) Aspenson, Sarah (Dustin) Bankord, Emma (Ryan) McWilliams, Nate (Holly) Aspenson, Anna Aspenson; great-grandchildren, Owen, Bailey, Tyler, Wyatt, Avery, Sawyer, and Nora; siblings, Joyce Helgerson, Lois Mickelson, Eldon Aspenson; numerous nieces, nephews and cousins. Preceded in death by his parents and brother, Ronald Aspenson. Memorial visitation on November 10, 2018 at 11:30 a.m. at Heartland Community Church, 1280 S. Alpine Rd. Rockford, followed by a Celebration of Life at 12:30 p.m. Pastor Josh Peigh will officiate. Private interment in Belvidere Cemetery. Grace Funeral & Cremation Services is assisting the family. Share a memory or condolence at www.graceFH.com.

Orland D. Aspenson, 84, of Freeport, formerly of Apache Junction, AZ and Belvidere; went to be with his Lord and Savior on November 2, 2018. Born on March 5, 1934 in Seneca, WI; son of Selbert and Sarah Olive (Sheffield) Aspenson. United in... View Obituary & Service Information

The family of Orland D. Aspenson created this Life Tributes page to make it easy to share your memories.

Send flowers to the Aspenson family.