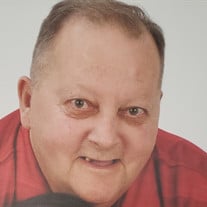 Michael William Merchut, 67, of Rockford died on February 15, 2021.  Born April 17, 1953 in Chicago, son of Edward and Louise (Sassano) Merchut.  United in Marriage to Mary Procanin on July 17, 1982 in Elgin. He was formerly employed as an auto... View Obituary & Service Information

The family of Michael William Merchut created this Life Tributes page to make it easy to share your memories.

Send flowers to the Merchut family.