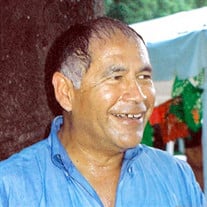 Francis L. Castro was born March 27th 1948 in the Mississippi River town of Savanna, Illinois. After graduating from Savanna High School in 1966, he began an adventurous life that would span almost 70 years and take him across the United States and the World. He attended and graduated from the Institute of Medical Technique in Minneapolis, MN and went on to St. Anthony Hospital School of X-Ray Technology in Rockford, IL. Upon graduating from St. Anthony’s, he worked there in the X-ray and specialty departments for several years until 1970 brought a new calling for him; becoming a Rockford Police Officer. Being fluent in English, Spanish and the ability to sign, his skills were put to good use in his new career serving and protecting. Fran loved life - his family and friends, he loved to hike, spearfish, hunt, camp, ride his Harley and was diligent in his fight against Parkinson's disease, making sure the disease did not define who he was. He was intelligent, incredibly funny, quick witted, mischievous and proud. His spirt was undeniable, never turning his back on a challenge he felt could be solved or person he hoped he could help. Creativity was seen in the custom-made hunting knives he worked on for weeks, then enjoyed by friends and family members, and the many home projects he tackled with earnest. Fran met his future wife Jo in Minneapolis and they married in 1972. Over the years, Fran said his greatest accomplishment in life was being a father to their son Brady and daughter Beth. The joy, love and sense of pride he had for his kids was so fulfilling for him. The impact he made on the lives of those around him is immeasurable and will never be forgotten. Once he became a father, Fran decided it was time to find a career with fewer dangers and more family time. He worked his way into the trucking industry, first on the shipping and receiving dock and later became an Account Executive with USF Holland Motor Express, a position he enjoyed for 25 years, retiring in 2007. Fran was a true American patriot who loved serving his country in the Naval Air Reserves for 12 years. He will be honored with a Military service and burial. He not only served his country but also his community; being a part of the Big Brother/Big Sister organization, Senior High Fellowship leader with Jo for Westminster Presbyterian teens, volunteer wrestling assistant for the Hononegah High School Varsity Wrestling team, Hononegah High School Board member, Board member of Rockton Sanitary District and Belvidere, Illinois’ Police Department Spanish speaking liaison, assisting with the Latino community. Travel was a passion for Fran and Jo and they were fortunate enough to have had many wonderful vacations with family and friends throughout the United States and abroad. Their favorite place is Puerto Vallarta, Mexico where they made lasting memories with old friends and new for 27 years. Fran is survived by his wife Jo, children Brady and Beth, mother Lupe Castro, brother Jay (Georgann), brother Dan, sister Roxanne Smith (Phillip), brothers and sisters-in-law Tom and Barb Stone & Rick and Becky Sitz, many aunts, uncles, cousins, nieces, nephews and their children, whom he loved dearly. Preceded in passing by his father Ramon Castro, Grandparents Juan and Juanita Ramirez & Frank and Antonia Castro, mother-in-law and father-in-law Chuck and Doris Sessions, as well as many other family members. Our family has so much love and gratitude for the medical care Fran received from UW-Madison Hospital nurses and doctors, Van Matre Rehabilitation Hospital employees, especially Jenny, Jeanie, Julia and Donna, and AGRACE Hospice medical staff Erica, Sara, Kristine, Edward, Sue, Julie and Jenny. We are eternally grateful for the overwhelming comfort and support we have received from family and friends during this difficult journey. Each of you hold a special place in our hearts and truly blessed to have you all in our lives. Visitation will be Friday, October 6th, 2017 from 4p-7p at Roscoe United Methodist Church, 10816 Main St., Roscoe, Illinois 61073 A private burial for immediate family will be held Saturday October 7th, 2017 Funeral & Memorial Service will be Saturday October 7th, 2017 at 11a at Roscoe United Methodist Church, 10816 Main St., Roscoe, Illinois 61073 In lieu of flowers, we graciously request memorials be given in care of the family, to be shared in Fran’s honor with the Michael J. Fox Foundation for Parkinson’s Disease, RUMC Community Garden Mission fund, Pedaling for Parkinson’s, Parkinson’s Boxing programs and AGRACE Hospice. Grace Funeral & Cremation Services is assisting the family. Share a memory or condolence at www.graceFH.com

Francis L. Castro was born March 27th 1948 in the Mississippi River town of Savanna, Illinois. After graduating from Savanna High School in 1966, he began an adventurous life that would span almost 70 years and take him across the United States... View Obituary & Service Information

The family of Francis L. Castro created this Life Tributes page to make it easy to share your memories.

Send flowers to the Castro family.