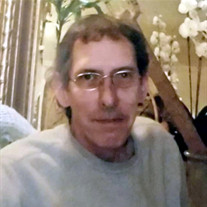 Douglas N. Cohen, 63, of Rockford died March 5, 2020. Born August 24, 1956 in Sedalia, Mo; son of Ralph and Phyllis (Dickman) Cohen. Doug was formerly employed at FedEx, Airborne Express and Lanter Courier. Doug’s love of history started as a hobby, and quickly became a passion. He was a Rockford history buff and managed the website and Facebook page RockfordReminisce; a treasure trove of photos, documents and old postcards. His knowledge of Rockford history was unparalleled, and he was always willing to share with others and research local history. Doug attended FedEx school in Chicago, which was where he discovered his love of Portillos. He tired of driving to the suburbs for his favorite food and decided to take matters into his own hands. Doug collected over 8,000 signatures to present to the Portillos owners, imploring them to open a restaurant in Rockford. The grand opening was the largest the company has ever had. Doug has a booth in the restaurant named after him. Survived by his fiancée Lisa Johnson; brother, Jeff (Diane) Cohen; sister and brother-in-law, Sandy and Roy Miller; sister-in-law, Liz White; nieces and great-nieces, Sara, Jamie, Jody, Racheal, and Rayne; fur kids, Spring, Simone and Annie. Preceded in death by his parents; maternal grandparents, Leonard and Elsie Dickman and paternal grandparents, Louis and Mary Cohen. Visitation Tuesday, March 10, 2020 from 5 pm to 7 pm at Grace Funeral & Cremation Services, 4301 N. Main St. Rockford. Additional visitation on Wednesday, March 11, 2020 from 11 am to 11:45 a.m. at the funeral home, followed by a Celebration of Life at noon. Memorials in Doug’s memory may be made to St. Jude’s Children’s Research Hospital. Doug’s family is grateful to Northern Illinois Hospice for their loving care. Interment in Arlington Memorial Park. Share a memory or condolence at www.graceFH.com.

The family of Douglas N. Cohen created this Life Tributes page to make it easy to share your memories.

Send flowers to the Cohen family.