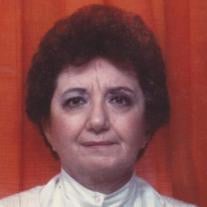 Missed Dearly and Deeply Dorothy Elizabeth Divis, 81 of Rockford died on Saturday, August 21, 2010 at Alma Nelson Debes. Dorothy was born on October 10, 1928 in Savannah, GA. Dorothy met her future husband James “Jim” Divis at his sister’s wedding on June 23, 1962, they were married on November 23, 1963 in Chicago. Dorothy worked alongside her husband Jim representing a subsidiary of Gerber baby food. The couple relocated to the Rockford area for the second time, and started a variety of restaurant ventures together. Dorothy, at the height of her prime years became the proud and highly skilled property manager at the Versailles Apartments, where she resided since 1970 on East State Street in Rockford. She was know by her employers, her co workers and the hundreds of residents, young and old that she looked after in an affectionate and admiring way; given the number and variety of services she provided for them. Dorothy was known by those who knew her as wonderful, loving, giving and generous. She will be missed dearly and deeply. She is survived by her husband, Jim; Aunt, Lucille Walker of Savannah, GA, sister-in-laws, Helen Kleiner of Shelby, MI, Elaine Popovich of Winterhaven, FL and numerous nieces and nephews. Preceded in death by her parents. Private services will be held. In lieu of flowers, memorials may be made to the American Cancer Society. To share a memory or condolence, please visit www.graceFH.com

The family of Dorothy Elizabeth Divis created this Life Tributes page to make it easy to share your memories.

Send flowers to the Divis family.